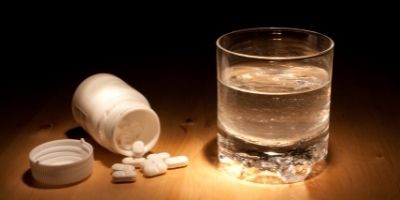 Tylenol is Not Candy

For many people, at the first sign of a fever, headache or other minor discomfort, the “go-to” remedy is acetaminophen, the active ingredient in Tylenol. Since pain is a sign that something is wrong, covering up the symptoms without getting to the cause is not a good plan and often creates more serious problems. Helping the body to heal itself without drugs is a much better option.

Tylenol is not candy! Is the risk of extreme side effects and liver damage worth taking a quick fix drug that has the potential to quickly and permanently make things worse? Drugs.com provides 12 pages of side effects from Tylenol and other acetaminophen based drugs ranging from unpleasant digestive issues and mood swings to seizures, hives and dizziness.

“Acetaminophen overdose is one of the most common poisonings worldwide. People often think that this pain-relieving medicine is extremely safe. However, it may be deadly,” says the U.S. National Library of Medicine.(3) Since we humans come in all shapes and sizes, the standard dose for one may not be right for another and let’s be honest: How many people really wait 4-6 hours before taking the next dosage?

On WebMD’s internationally recognized website, an article entitled Acetaminophen (Tylenol) Poisoning by Dr. Michael Ameres and Dr. Daniel Crough states that, “Too much acetaminophen can overwhelm the way the liver normally functions.”(2) So how much is too much?

Slightly increasing the recommended dose can be dangerous and can happen unintentionally. McNeil Consumer Healthcare issued a press release in July 2011 announcing plans for new dosing instructions. Tylenol’s recommended dose per day is being dropped by 1000mg because of people taking other medications that have acetaminophen as an added compound.

Recently published in the British Journal of Clinical Pharmacology, a research project by Dr. Kenneth Simpson of the University of Edinburgh revealed little known information about the dangers of “staggered overdose.” The research indicates, “People experiencing pain who repeatedly take slightly more Tylenol than they should are in danger of suffering a staggered overdose. They haven’t taken a massive overdose taken by people who try to commit suicide, but over time the damage builds up and the effect can be fatal. These patients were more likely to have liver and brain problems, require kidney dialysis and were at a greater risk of dying that people who had take a single overdose.”(4)

Instead of reaching for the pill bottle or the tablespoon to measure out the next dose, and risking taking too much or giving too much to a loved one, contact your 100 Year Lifestyle Provider or go to www.100yearlifestyle .com to find a provider near you and experience how Chiropractic Care can help you live the healthy drug free lifestyle you deserve.

All These Good Years

“I just thank the Lord that I’m here and that he has allowed me to have all these good years.” Those all the words

The First System That Develops

The nervous system is the first system that develops in the womb. At the moment of conception, one cell from mom and one cell from

At Woodstock Chiropractic, we combine state-of-the-art chiropractic techniques with the principles of The 100 Year Lifestyle to help people heal quickly and function at their highest level for a lifetime. We provide primary chiropractic care for our Woodstock and surrounding communities while also attracting people from all over. We look forward to working with you and your family to help you reach your health goals.
Our Services